We are a teaching and meditation center located in Santa Fe, New Mexico, USA. We provide a friendly and supportive environment for learning and putting into practice the teachings of the Buddha.  The Board is seeking to recruit an Executive Director. With the support of the Board, the Executive Director is responsible for a wide variety of responsibilities. This role is multi-faceted and requires an experienced and visionary leader. If you are people-orientated, a good communicator, have strong emotional intelligence and can be agile in balancing multiple priorities, this could be a wonderful opportunity to make an important contribution. The Executive Director also works in collaboration with the Center Manager to direct staff, volunteers, and consultants to ensure the center realizes its mission.  We invite you to read more about this position, and how to apply.

We are located in the redwoods of California. We are first and foremost a spiritual community committed to helping retreaters and staff develop their minds.  We are looking for a suitable person to join our team as Spiritual Program Coordinator (SPC). The SPC works together with our Executive Director to provide co-leadership in fostering a sacred, contemplative culture, helping to meet the spiritual needs of the community. The SPC’s main duties are to create, plan, market and organize the spiritual activities of the center, including programs, public and private events, practices, and classes while supporting the vision, mission and intentions of Vajrapani Institute and the FPMT organization.  Please read more about the position, and find out how to apply.

We are looking for a director to take over the stewardship of a rare and blessed place, Land of Calm Abiding (LCA/Shine Land), a unique and precious retreat center in the FPMT mandala. Located on 525 acres of pristine wilderness area in central coastal California, USA, the land offers six retreat cabins where meditators engage in solitary retreat. For the right person this could be a hybrid director/caretaker position. This would also be an ideal fit for a couple. For someone lacking the necessary caretaker skills, the director would be responsible for hiring and managing a caretaker.  If this sounds like something you’d like to explore, please read more.

Land of Medicine Buddha, Soquel
We are a residential center located in Soquel, California. The board is seeking an energetic, creative individual with relevant experience and skills to join our team as Spiritual Program Coordinator.  Please read more, including how to apply.

Vajrapani Institute, Boulder Creek
We are first and foremost a spiritual community committed to helping retreaters and staff develop their minds. We are hoping to re-open for onsite activities in early 2022, and so need to hire more staff!  We have openings for a Kitchen Manager.  Read more about this employment opportunity, including how to apply.

Shantideva Center in NYC is very excited to be offering an in depth study of the Middle Way with Venerable George Churinoff!

Title: An Extensive Commentary on the Middle Way: Based on Chandrakirti’s Entering the Middle Way and Lama Tsong Khapa’s Illuminating the Intent

The final length of the course is fluid. It will depend on the amount of detail students wish as well as the health of the teacher, holidays and other intangibles. Registration dates will be offered for a series of, approximately, 8-week units.

If one does not possess the wisdom realizing reality,

Even though renunciation and bodhicitta are cultivated,

The root of cyclic existence cannot be cut. So,

Therefore, strive in the means to realize dependent arising.

(From Lama Tsong Khapa’s Three Principals of the Path)

The correct understanding of emptiness, the fact that all phenomena are dependent arisings and hence empty of inherent existence, was taught by the Buddha and subsequently clarified by Arya Nagarjuna as the Middle Way (Madhyamaka).

Chandrakirti provided access into Nagarjuna’s teachings with his Auto-commentary to Entering the Middle Way (Madhyamakavatara-bhashya) and Lama Tsong Khapa clarified those very instructions in his Illuminating the Intent of the Middle Way (dbu ma gong pa rab gsal).

This course will be a detailed discourse on the Middle Way by means of these two texts. The course will be taught over many months by the American born Buddhist monk, George Churinoff (Gelong Thubten Tsultrim).

Venerable George further translated the entirety of Chandrakirti’s Auto-commentary over more than four years and edited the extensive commentary on Illuminating the Intent given by Geshe Sopa during five one month summer courses.

Participants should ideally have a foundation of the stages of the Buddhist path, a motivation to study this text for the ultimate benefit of others, and a determination to follow the course in its entirety.

As the duration of the course is uncertain, registration dates will be offered for an approximately 8-week series, with future dates to be announced based on Venerable George’s schedule.

Note: After Venerable Churinoff’s class, students are invited to participate in an optional self-organized weekly discussion session. This is to enhance our wisdom which arises from analysis, reflection and discussion.

Illuminating the Intent: An Exposition of Candrakirti’s Entering the Middle Way by Je Tsongkhapa,translated by Thupten Jinpa.

From Lama Yeshe Ling in Canada: 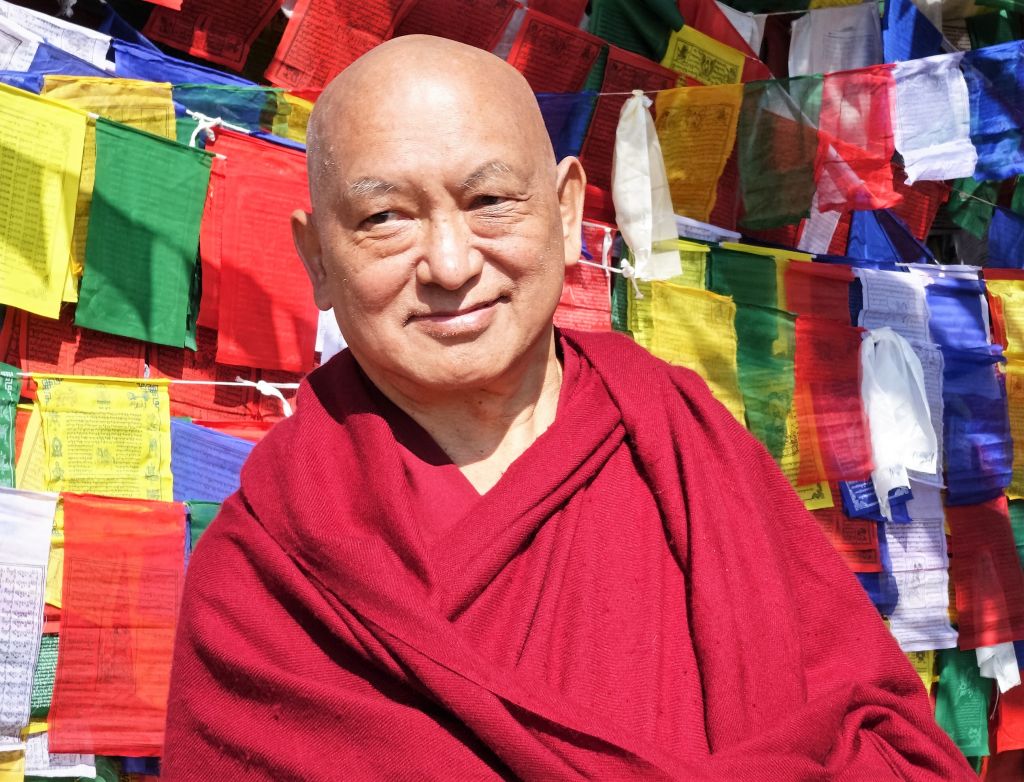 These are challenging times with Covid 19, it brings many serious challenges to everyone, like the world has never seen before. It is important we support our FPMT family as much as we can.

This is the reason that Rinpoche is offering these regular teachings, lungs and transmissions by video. They are to protect us, as well as to help us “use” the situation! make it positive, transform it into Dharma. Help us to “use” the situation to our own and others’ advantage, not leaving the teachings just as theory, but to actually put into practice the teachings of the Buddha.

In these challenging and anxious times, FPMT International Office offers our prayers and best wishes to all who are navigating uncertainty and change during the coronavirus pandemic.

We have created a page of resources and advice related to this crisis in order to make it as easy as possible for you to find recommended practices, prayers, online study and practice resources, and news about Lama Zopa Rinpoche and from around the FPMT organization.

This page will be updated as new advice and news become available and should be consulted as an up-to-date resource for Dharma practice during the time of this pandemic.